Rumeli fortress was built by the sultan Mehmet the Conqueror in four months only and directly opposite to Anadoluhisari in 1452 in preparation for the final attack on Constantinople, which led to the downfall of the Byzantine Empire. The fortress is located at the narrowest section of the Bosphorus Strait (about 600 meters – 1970 feet). It occupies an area of 60.000 m2 (16 acres), had 4 main and 1 smaller gate, and 3 large and 1 smaller tower. Rumelihisar suffered from big earthquakes but was always restored, final restoration was done in 1953 and opened as a museum. Today, the fortress is open to the public as an open-air museum.

Solvotek was requested to document the fortress with high resolution 3D scanning and imagery. Inside and outside walls, towers and inside the towers are all scanned. Sections, plans and elevations created to be used in the asbuilt drawings 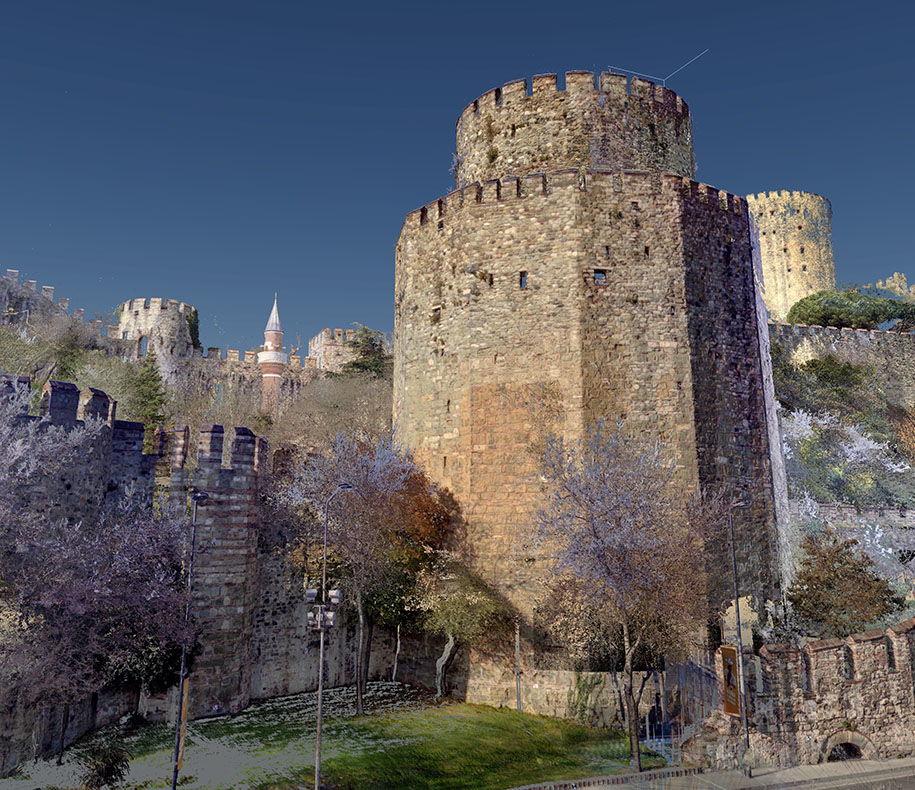 These images are screenshots from 3D point cloud