In 1870, Armenian businessman Agop Köçeyan built this building as a residence for himself.  Later, it was turned into a circus. A passage was added here with an amendment made in the following years. The passageway and the residential building were later merged. Köçeyan donated this to a church before he died. In 1932, the building was transformed into an art center. It was renovated in 1948 as the biggest cinema on Istiklal Caddesi. The Atlas Passage is an indispensable address of the city’s cultural and artistic activities The passage bears the traces of Ottoman architecture, with 44 stores still preserving the historical look.

Solvotek was requested to 3D laser scan Atlas Pasajı including the floors continuing on top of the passage. There were rooms with detailed pencil work and a big theatre. Section, plan and elevation orthophotos were delievered to be used as a base for asbuilt drawings of the building. 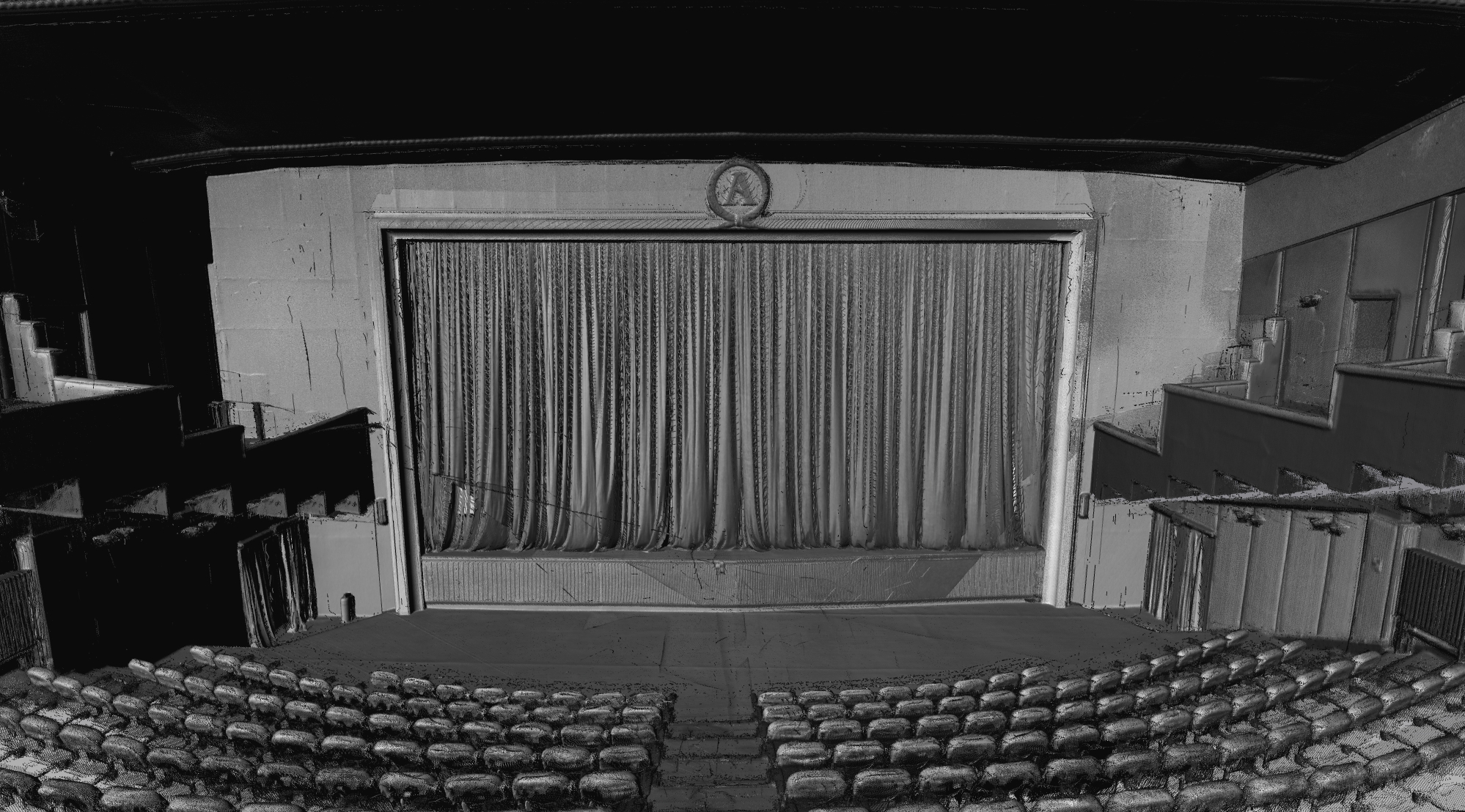